Students work to build their music careers outside of school 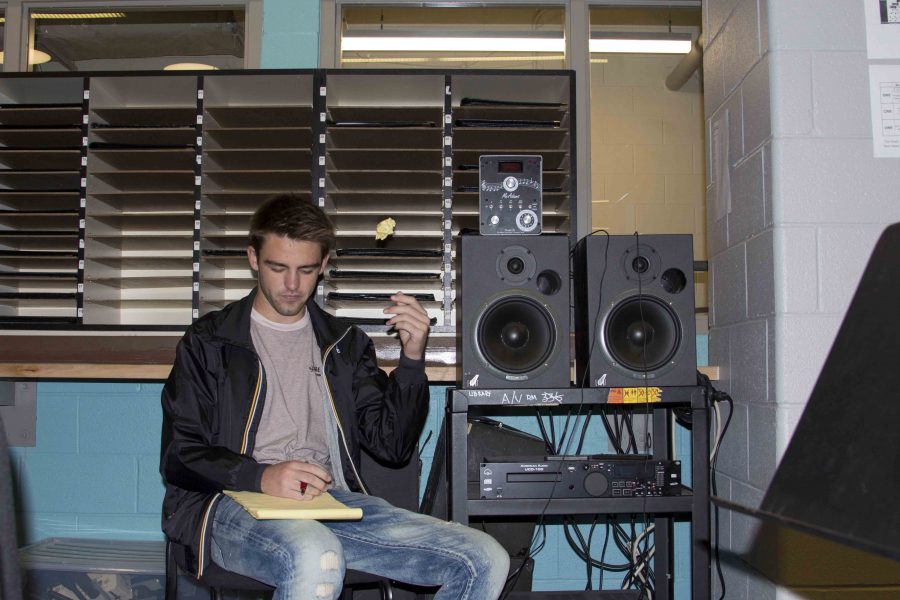 Here, many students are known for being gifted in every aspect, whether it be academics, athletics, theatre, or other areas. One of the greatest areas is music.

A popular genre of music for student musicians is hip hop. Senior Ben McCormick has ventured into this genre and has found his passion.“I create what I would describe as post ironic experimental gangster rap alongside my friends Kilmer Bennewitz and Joe Borushek,” said McCormick.

Many musicians post their music on Soundcloud for fun, but not for publicity purposes. “Soundcloud is a great tool to freely distribute music, which is all we ever want to do. I think I speak for my whole group when I say that we make music for the love of the craft and any public appreciation is just a nice bonus,” he said.

Taking a different musical style is senior bass player Drew Bunge. He is more interested in blues, rock, or R&B. “I have always loved music since I was a kid and my parents would always put Grateful Dead, Rolling Stones, Stevie Wonder, and Beatles CD’s on in our car so a lot of my taste comes from my earliest memories,” said Bunge.

Yet, while growing up in this area can have it’s perks when it comes to finding good music teachers and places to learn, it lacks performance revenues. “I play the vast majority of shows across many different neighborhoods in Chicago, mainly because there are no music venues in the New Trier district,” said Bunge.

While being a solo artist allows for control of music, working in groups is a popular choice among student musicians. “Kilmer does all of the music production, while Joe

and I are vocals, although we all help out in terms of creative process and inspiration.  Our rap group is called “NEET,” and we’re in production of our first album,” said McCormick.

“The Bronski Boys,” a senior hip hop group made up of Dylan Hardin and Ben Kleinberg, are also a popular group in the NT area, and they found working together was the way to go. “I play the drums, I started playing when I was 10 years old when my dad bought me a drum kit for my birthday,” said Kleinberg.

Hardin is the inspiration behind the beats for their songs. “I’ve been an extreme hip hop head for as long as I can remember, and I knew that I’d regret not trying to create original material while I had the opportunity to,” said Hardin. They’re more of a

contrast to Bunge’s style, a rap base. “We play rap, or suburban rap,” said Hardin.

Some groups don’t find it as hard to get their name out in the community. “The Bronski Boys” have music across the world. “We’re on Soundcloud and you can see which countries are playing your stuff so it’s pretty cool when we get a couple dozen plays a week in places like England, Australia, and Japan,” said Hardin.

They do, however, still have problems with the live shows just like the other musicians in the New Trier area. “We have no live shows yet, but there’s a 100% chance of one happening,” said Hardin.