Why is a Democrat the secretary of the Trevian Republicans? 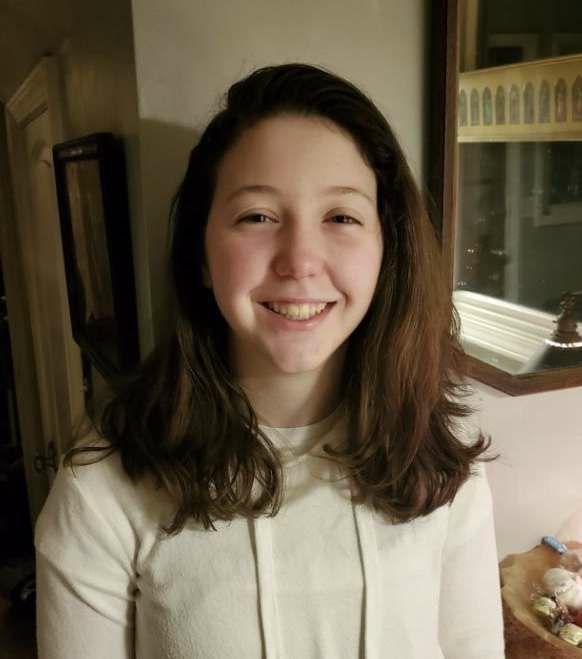 Junior Antigone Zervas has been going to the Trevian Republicans club most Tuesdays since the start of her sophomore year. This year, Zervas was made secretary and has enjoyed having a leadership role in the club.

Though this isn’t an abnormal trajectory for any New Trier club member, Zervas’s story is notable in that she identifies as a Democrat.

“I have some centrist views,” clarified Zervas. “But I’m definitely more liberal. For example, I support the second amendment, but I’m also pro-choice.”

Zervas began attending the Trevian Republicans club when her politically-active friends asked her if she wanted to check it out.

“I quickly made friends with David [Tabarez-Cisneros], the current president, when I first started,” explained Zervas.

“It’s hard to stop going once you have people you know in the club.”

Besides having multiple friends in the club, Zervas continues to go to Trevian Republicans because she enjoys the chance it gives her to broaden her political views.

“Each club meeting is a chance to engage in a bipartisan dialogue, which I’ve found is a good exercise. The conversations are fun, challenging, and they keep you up to pace.”

According to James Wright, sponsor of Trevian Republicans, students of all political leanings are welcome in the club.

“I think the students who attend want somewhere to go where they can express their points of view on important issues and hear from others,” explained Wright. “Sometimes this will lead to disagreement, but at others the discussion helps generate discovery of common ground.”

Zervas agreed with Wright, explaining that she and other liberal members feel welcome in the club, despite their differing beliefs.

“As secretary, I don’t feel like my own political values are a problem. It’s more that I provide opposition to the more conservative

viewpoints that other members have. Ingeneral,theclubisprettyrelaxed.” Wright emphasized that the Trevian Republicans club is usually laid-back, but admits that the atmosphere can depend on the topic being discussed that day.

“Some of the members may disagree with each other, get riled up, and passionately argue their views,” explained Wright. “There are never personal attacks, though.”

According to Wright, a typical Trevian Republicans club meeting begins with officers Zervas, David Tabarez-Cisneros, and Gavin Tian presenting a summary of a current event, political issue, or other topic

they would like the club discuss, After listening to the presentation, club members respond to questions posed by the officers and and are able to express what they feel about the topic.

Wright said that Trevian Republicans have also dedicated recent meetings to discussing the 2020 presidential election. The club met the day after the Iowa caucus and awaited the online results together.

“So far, like most of the rest of the country, the club members are operating under the assumption that President Trump will be the Republican nominee,” explained Wright.

“There has been quite a bit of analysis and talk about the Democratic candidates and where they stand on issues along with how they think each candidate would measure up to President Trump.”

Zervas corroborated Wrights words, explaining that the club does an update on the election every week, and that the club members discuss who they believe the most formidable Democratic nominee would be.

In addition to educating its members about current events, the club also finds opportunities to talk about political topics with the Young Democrats club.

“We sometimes come together to have a conversation—not a debate, because people usually debate to win instead of enlarging their own viewpoint—-about political issues facing the United States,” explained Zervas.

According to Zervas, these conversations are a great way for students of both clubs to try to see politics from a different perspective. Currently, the heads of Young Democrats, Jane Rosin and Daniel Austen, and Zervas are working on a joint discussion about Big Tech.

“I would definitely go to Young Democrats in addition to Trevian Republicans,” said Zervas. “But the two clubs are both on Tuesday. Hopefully that will change in the future.”