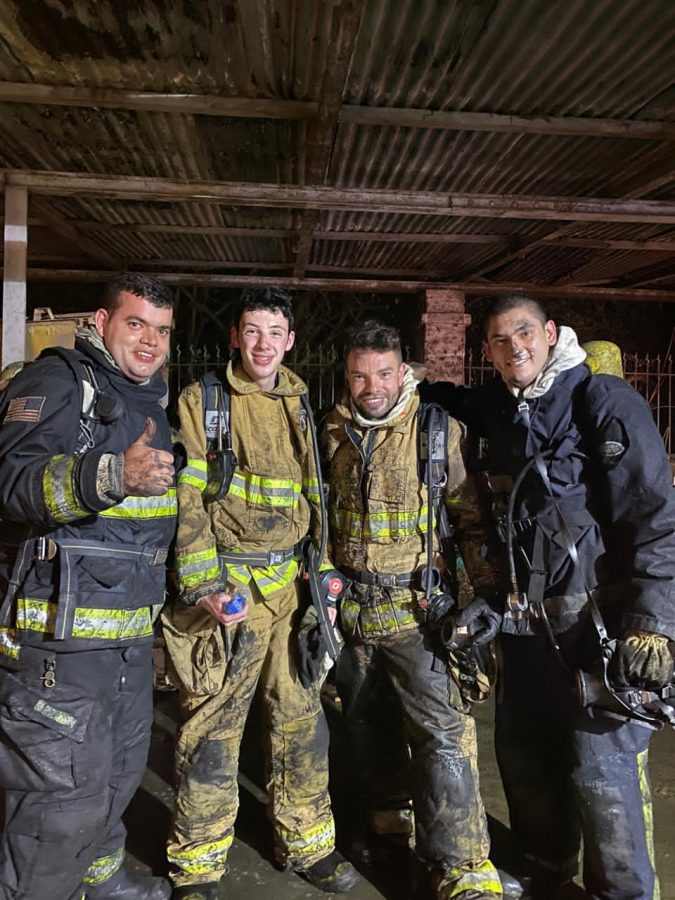 Throughout 2020, most people have been wary of travelling over the pandemic, too worried about catching or spreading the virus. These fears, however, didn’t  stop  junior AJ Wise from travelling to the outskirts of Medellin, Colombia to serve as a volunteer. From November 2020 to March 2021, Wise spent his time saving lives as both an EMT and a firefighter.

Colombia is a developing country that has been struggling during the pandemic, going as far as having militarized lockdowns to prevent the virus from spreading.

After a family friend recommended a program that would allow him to travel to South America for humanitarian work during the school year, Wise took the opportunity to learn more about pre-medical care.

“What led me to [the program] was my interest in medicine as well as just helping people in general. I was going down there for the EMT thing, the firefighter thing i just kind of fell into, and really enjoyed that as well,” said Wise.

For his trip, Wise was able to stay in Bello, Colombia, where he was given a crash pad to use on his off time.

There was also an element of wanting to make a difference during such a disheartening and difficult year.

In order to get his certification, Wise had to learn basic anatomy, splinting, starting IV’s, oxygen therapy, bleeding control and trauma care for a full month during his stay. Once he began to work as an EMT, Wise worked with anything as far as traffic accidents to COVID patients.

During his time as an EMT, Wise  said  that he was never seen as less equal than his peers, in terms of his abilities as a healthcare worker and fireman.

“My age, my skill set [was irrelevant], I still had equal responsibility as anybody else, and I think that’s really cool,” says Wise. “That kind of sets this experience apart, it makes it really, really unique.”

Throughout his five months, Wise lived through a rigorous schedule that made time for little sleep. Even in a different country, Wise still attended New Trier Highschool through a remote setting.  With his classes ending at 4:35 due to the time change, and his work hours beginning at 8:00, Wise usually got  4 hours to sleep, do homework, or take time for himself.

“From 8:00 [PM] to 8 in the morning, we’re working. Some nights we get some good sleep, other nights it completely depends… Weekends I’d usually work 24 hour shifts,” says Wise.

Even with the long hours at the hospital, there was still school work to be done. “Some nights I’d be up really late doing homework at 1, 2, AM,” said Wise, “especially considering the fact that you can’t predict when there’s an emergency, it’s very very hard to find a schedule with homework… it was able to be done, but not easily.”

Being forced to juggle academics with his jobs, Wise rarely had the opportunity for a moment’s rest. Although he was in a foreign country, Wise had no intentions of treating his stay like a vacation. “This was not a cultural trip for me at all,” he said.

As an EMT, Wise witnessed first hand what it was like to receive healthcare in Colombia, and was exposed to the poor conditions of the hospitals around him. At one point, Wise had to transport an entire family to the hospital after receiving a call.

“We got to this house thinking we’d have one patient, and we ended up having six or seven people who had to be transported to the hospital because it was a family who had spread COVID to each other, and they didn’t have the financial resources to be seen by a private doctor,” says Wise.

Wise believes he might’ve had COVID without realizing it due to his close proximity to COVID patients on a daily basis.

“When I worked every single day, I was probably dealing with one or two confirmed COVID  cases per shift, and that’s not even including any of the possible [cases],” says Wise. “The biggest concern for us was making sure we weren’t spreading it to other patients.”

AJ also felt that Colombian hospitals as a whole had many problems that deeply affected the wellbeing of Colombian citizens.

“There’s this complete lack of resources,” said Wise, “their system is incredibly flawed because of the fact that there is no connection between the pre-hospital care– what the EMTs do– and the hospital treatment themselves.”

AJ explains further: “We have patients in Colombia who are waiting five, six hours, and these are people with a lot of pain… so you’re sitting with these people for hours while they’re screaming bloody murder, and you can’t do anything and it just rips your heart out.”

Although some experiences were painful, Wise still felt that this trip was necessary, and that plenty of positive experiences came out of it as well.

“At the end of the day, we’re seeing a lot of tough stuff… but I was able to help a lot of people and do what I think was a lot of good down there, so overall it was a great experience,” said Wise. “Half of the stuff I did felt like a movie.”