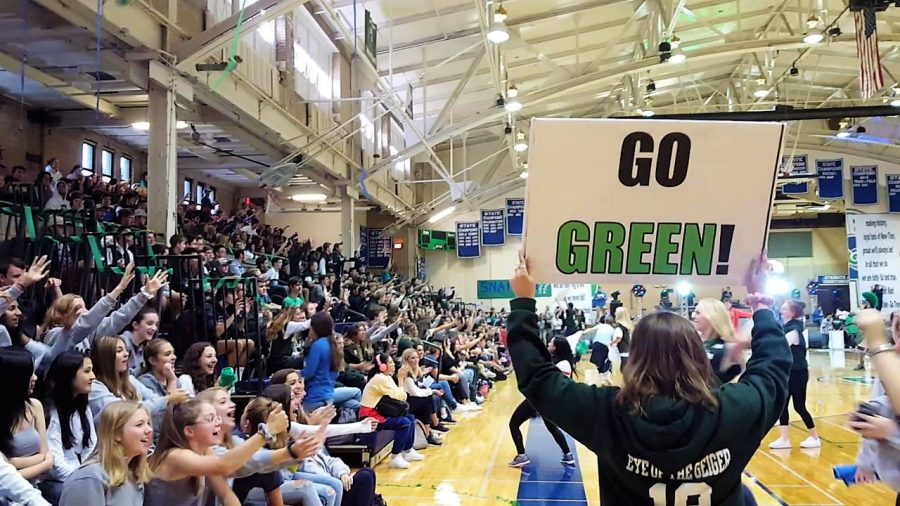 Because of this Stacey Kolak, the leadership club sponsor, planned an unconventional and ambitious event: The Night Rally. If this catches on, New Trier students could start a new tradition. The New Trier Night Rally is planned for 7:00 PM on Thursday, September 30th at the Northfield campus football field. The timing of this event after hours is a unique change up to the usual rally, which takes place during school. The night rally  also is for all New Trier students; giving them a chance to celebrate Trevian pride and school community.

The Night Rally is, among other things, a great opportunity to meet new people at school. Whether you’re a freshman seeking new friends or a senior simply trying to meet someone new, the Night Rally is the perfect place to do it. On the other hand, if you’re attending just to have a good time, there will be plenty of entertainment. However, we can only know so much, as the people working to bring the Night Rally to life are keeping much of the Rally’s attractions secret. Lauren Buckbee, a planner at the Rally stated, “We’re hoping to keep most of it a surprise.”

The New Trier administration as well as key organizers in the Night Rally are very excited and supportive of the event, indicating that much preparation has gone into this. Kolak, commented, “We wanted to do something special for students this year, something unique that may even become a new tradition.”

The night rally promises many attractions, such as carnival style games, teacher inclusion in games and activities and interaction with the audience via chants and songs. Lauren Buckbee, Secretary of Girls Club, has added that, “Being on the bleachers at the football field will not only give us more room for games and activities, but it will add to the excitement of the night leading up to the homecoming game.” Given the amount of space available, organizers are hoping for a sizable turnout to the Night Rally. However, large crowds raise health concerns.

The administration says safety is a priority Kolak affirmed that, “The health and safety of our students, staff, families, and community are of critical importance to New Trier High School.” Mrs. Kolack also stated that normal school safety rules such as wearing masks, will apply.