This Day In History, November 9th

The Fall of The Berlin Wall 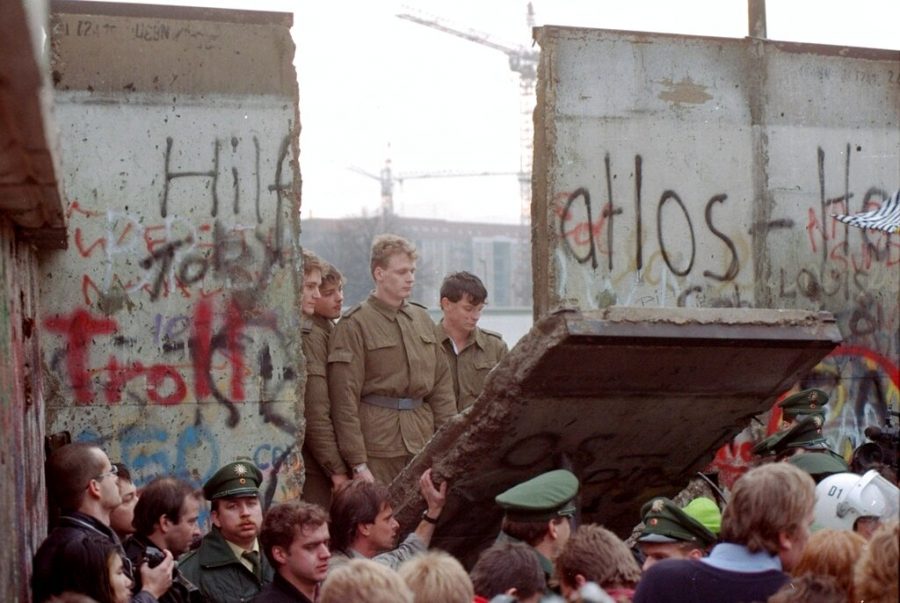 This Nov. 11, 1989 file photo shows East German border guards looking through a hole in the Berlin wall after demonstrators pulled down one segment of the wall at Brandenburg gate. Monday, Nov. 9, 2009 marks the 20th anniversary of the fall of the Berlin Wall.

The Berlin Wall stood in the modern capital of Germany from August 3, 1961, until November 9, 1989. For 28 years the city was split in two. Divided by Russia and the Western powers.

The wall was erected by the German Democratic Republic (GDR), the governing power in Eastern Germany, to keep citizens of Eastern Germany from escaping to the West. Most who wanted to leave the East did so because of the superior post World War Two reconstruction efforts in the West, as well as a generally higher quality of life due to larger investments in the region from countries like America, France and the UK.

Defecting from East to West was perilous. The Berlin Wall was more than just a large wall, it was actually two walls and a 100-meter area named “The Death Strip”. “The Death Strip”, as well as the walls, were heavily guarded and had many features to prevent crossing. Along the entirety of the wall were spike strips, guard dogs, land mines, 302 watchtowers, and 20 bunkers full of armed guards ordered to shoot trespassers on sight.

Though defecting was highly discouraged., as many as 5,000 East Germans fled to the West during the division of the city. Many were just ordinary people wanting to slip from the GDR’s oppression. Some dug tunnels, some swam, all risked their lives in the process.

After almost thirty years, civil unrest and a wilting USSR led to the destruction of the wall during a massive protest. This protest lasted all day and well into the night, at which point guards had given up trying to control the protesters and people began knocking down sections of the wall. Only a year later in 1990, Germany was officially reunified after four decades of separation.