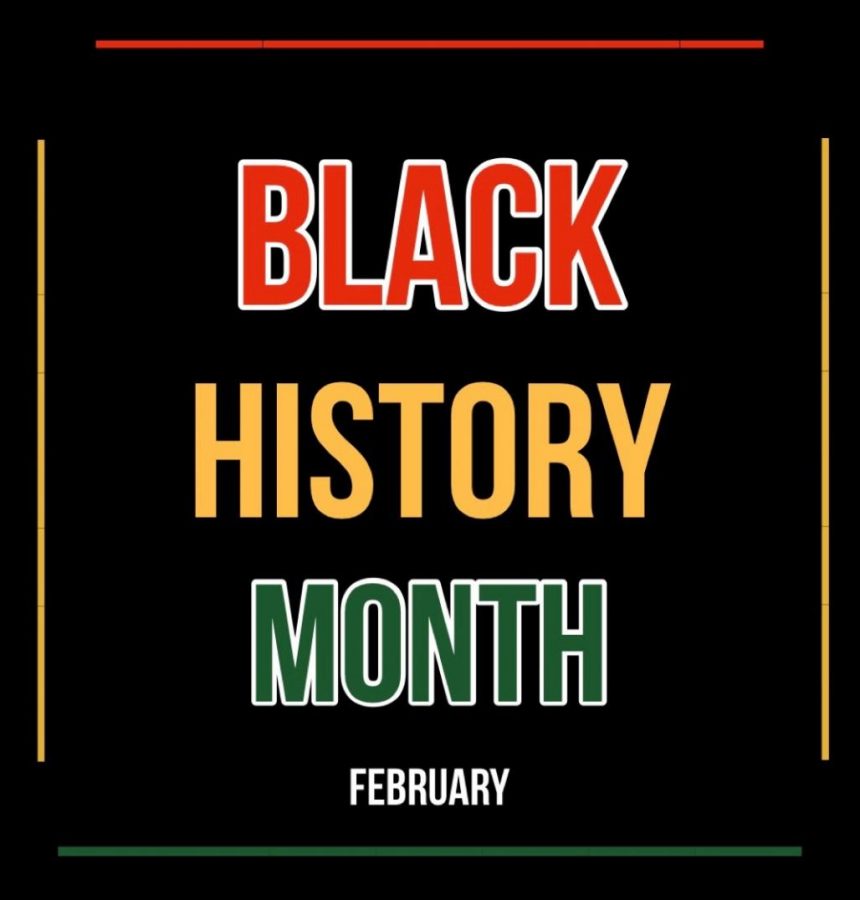 A toolkit provided by the student council and affinity groups was shared with all advisors to serve as a basis for the lessons of Black history carried out by advisors. The toolkit included writings from black authors, recorded speeches, interviews, and other media clips featuring black activists.

Junior advisor Stephanie Gamauf says the content she explored with her advisees was meaningful.

“We read a poem called Bury me in a Free Land by the Abolitionist Francis Harper, and we also watched a video clip from Bryan Stevenson, the founder of the Social Justice Initiative. He was one of the lead organizers for creating this memorial in Alabama for hundreds of thousands of black slaves who were left forgotten. This was a great way for my advisees to gain more context on our history,” said Gamauf.

Instrumental in educating students on Black history were the video clips in the toolkit as well, which were popular among advisers including junior advisor Shawn Mitchum.

“I was able to utilize the resources that the student council provided and look further into the words of some of Martin Luther King Jr.’s less-known speeches and talk through some of the themes of the TED talks,” said Mitchum.

Mitchum also found it beneficial for his advisees to talk among each other and share their thoughts.

“Later in the month, I broke my students up into small discussion groups and we talked about the importance of the month and why it’s so vital that we take some time to observe the month,” said Mitchum.

Gamauf similarly took time to reflect over the content she was sharing with her students, stating the conversations she had with her advisees helped them build stronger connections.

“I learned so much about my advisees as they shared their insights and their feelings towards everything we were seeing. Some commented on how they had been to museums and such where they had previously learned about this. The lessons were really well received overall,” said Gamauf.

“There were a lot of good connections between the student created resources from the toolkit and what we were discussing in AP United States History,” said Malia.

Junior Calla Williams, an advisee of Gamauf, was grateful that her advisery took time to observe Black History Month.

“We were all able to learn so much about what happened to African-Americans, especially during slavery, and how racism still exists today. It was crucial for us to talk about this, especially as students at New Trier, which is a predominantly white school,” said Williams.

Mitchum agreed, adding that the school ought to discuss Black history outside of just February.

“It’s so important to learn from diverse voices with perspectives and experiences that are different from our own. Black History Month is a great opportunity for teachers to start this process with their students and call attention to these inequities, and hopefully in the future, we will reach a point where all voices are amplified throughout the whole year — not just during one month,” said Mitchum.

Gamauf believes that the school should do more than discuss Black history in advisery.

“I would like to see departments each have more direction. I would love to bring Black speakers in. I think we could do a day of service around MLK, and maybe the school could work their calendar so MLK day doesn’t always fall on final exams. Registration time shouldn’t occur at the same time as Black history month,” said Gamauf. “Simply because February is over doesn’t mean that we stop highlighting black history, because black history is our history.”