Locals say beavers are worth a dam 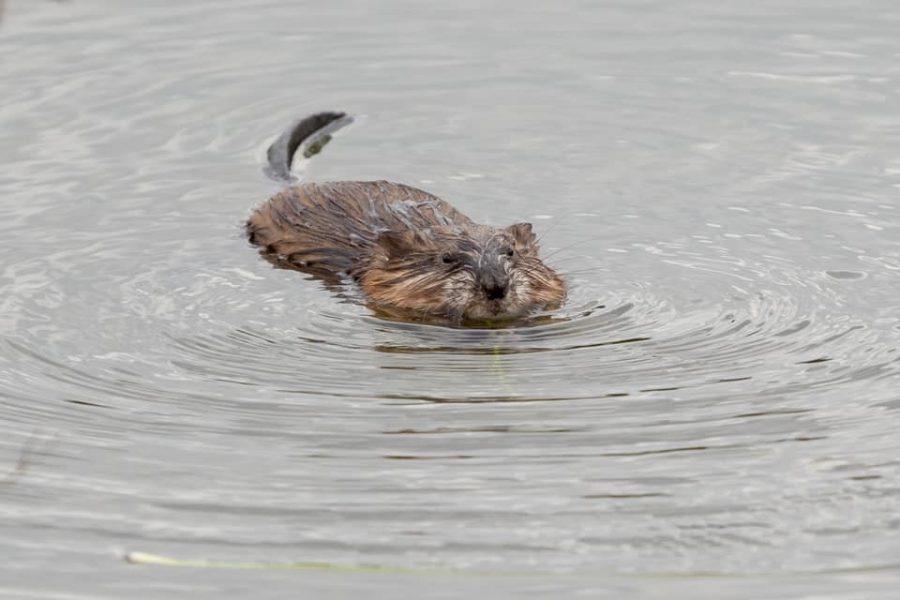 Two beavers currently reside in a pond at a residential area in Glenview. Coco, a female beaver, is pictured above.

Katerina Pestova likes to spend her free time taking walks around her neighborhood with her two dogs in tow. But recently she’s picked up a new hobby: beaver photography. She likes to bring her camera to the ponds at the Glen when the nocturnal rodents come out, and capture them swimming.

Pestova began to notice the beavers in her neighborhood two years ago. Now, the beavers’ lives are being threatened, and she is fighting for their rights to continue being her neighbors.

Cagan Management and the Concord at the Glen Homeowner Association (HOA), released a notice on April 4 in regards to the new buck-toothed neighbors, with a plan to eliminate the nuisance animals.

“Trapping to remove the beavers from the grounds will begin on Monday, April 5th,” was the only mention of the company’s means of removing the rodents. At the moment, it seemed like an entirely reasonable plan, until it was made clear the traps would be put underwater, and would drown the beavers.

The majority of locals felt a sense of outrage towards the idea. After hearing the plan to drown the beavers, Pestova was deeply saddened: “It’s horrible, evil. It’s just not humane to do that.”

Pestova is a member of activist Facebook group “Glenview Beavers Fan Club,” where like-minded locals share their admiration for the beavers residing at the Glen.

Rachel Siegel, an administrator of the Club and a Glenview resident, was first informed about the animal rights issue by a Facebook post from Jackie Barrett, a Northbrook resident.

“I kind of knew I wasn’t going to have any choice but to get involved,” said Siegel.

Siegel, Barrett and another activist then went on to create the Club on April 8, which as of late April boasts over 1,100 members.

The Club is dedicated to awareness on the situation of the beavers at the Glen. The group regularly posts updates on the well-being of the Glenview beavers, general resources to educate members on beaver wildlife, and the occasional beaver-centric video showcasing rodent antics, like this video of a beaver taking a bath.

Above all, the group reiterates that it is possible to live in harmony with beavers and other wildlife.

Siegel said, “The fact that humans think they have the right to kill something that’s in their way really grates on me.”

Pestova also supports the idea of letting the beavers reside in The Concord. “I come here, I see them swimming peacefully. So nice, so calm… what is [the beaver] doing? He destroyed a couple of trees—so what, just plant a tree,” said Pestova.

Siegel, Barrett, and other activists have repeatedly made offers to the HOA in order to keep coexistence with the beavers. One solution was to utilize Barrett’s background in landscaping to purchase discounted trees for the beavers to eat, along with trees for ornamental use, at no cost to the HOA or the Concord at the Glen’s residents. The HOA has rejected the offers.

Siegel said, “The Homeowner’s Association wants a permanent solution, to remove the beavers. The thing they don’t understand is that if they’ve created a habitat that is suitable for beavers, if they remove one pair, another pair is just going to move in.”

Despite the current conflict, Siegel says the Club is committed to conquering a long-term goal: spreading resources to wildlife activists in other communities, in the case future property owners intend to kill visiting beavers. To accomplish this, the Club has launched a website and an Instagram thus far.

Amidst the backlash received from the local community, the HOA and Cagan Management sent out a statement on April 10, promising to reevaluate their decision. The reasoning behind the HOA’s original decision was that keeping the beavers would be too inconvenient, and relocating them would be dangerous for the rodents’ health.

Even though Cagan Management and the HOA have postponed their plans for installing traps, activists are still fighting for the beavers to stay at the Glen and not be relocated.

Siegel herself finds the idea not out of the realm of possibility: “There’s no reason it can’t be done.”