The Siege Is More Than Trump 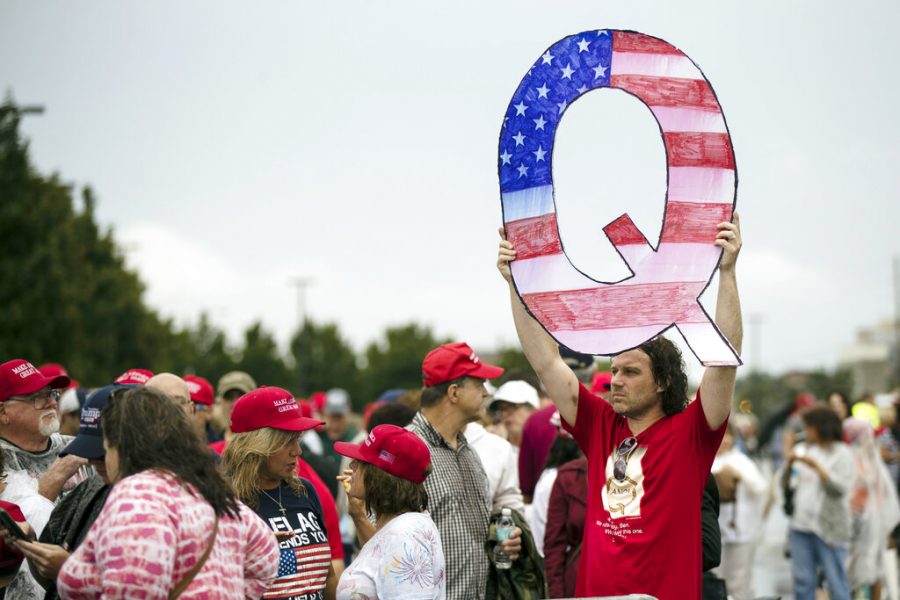 QAnon will be here long after Trump is gone (AP Photo/Matt Rourke, File)

The National Review: “Trump Did This.”

Washington Post: “Trump caused the assault on the capitol. He must be removed.”

As the country grapples with the horrific events that occurred on Tuesday, there is a worrying school of thought emerging: This is Trump’s fault, and once we get rid of him we’ll be rid of this craziness forever. But that is missing a big part of the picture.

Yes, it’s true that Trump essentially invited the terrorists to the Capitol. However, there is only a certain extent to which his ideas alone can be blamed for the insurrection. Frankly, if I truly believed that an election had been stolen because elitist, satanic, and child-eating Democrats wanted power, and they hated my beloved president who was going to save us from the wrath of the evil Radical Liberals, I would storm the Capitol too.

Child-eating Democrats might make you wince, but it’s a common idea of the conspiracy group/purported new religion, QAnon.  I believe that QAnon, which has grown so exponentially this year that the Financial Times made it the 2020 word of the year, is the largest factor to blame for what happened on Tuesday.

QAnon began in 2017 as a bizarre conspiracy theory focused on the premise that the country is run by a ring of elitist pedophiles that Trump would bring down. While it originally began as a fringe group festering in the corners of 4chan, 2020 saw QAnon spread into the mainstream., QAnon can now only be regarded as a  white-supremacist, pro-Trump, conspiracy infrastructure, with vaccine-skepticism and election-fraud some of the many baseless conspiracy theories in the group.

Q is everywhere. The #SaveOurChildren campaign originated from QAnon. The Bill-Gates-Created-Coronavirus fiction originated from QAnon. It’s in our community; the New Trier News reported in March on QAnon symbols on a store-owner’s window. And yes, many of the ideas about election fraud came from QAnon, and not Trump’s head. Now, a quarter of Americans are “open” to QAnon’s ideas.

QAnon is growing, and it will continue to grow. What we saw last Tuesday wasn’t plain old Trumpism; the insurrection had been carefully planned for months over right-wing social media, the same channels that radicalize Q supporters. Fundamentally, the questions of who is radicalized by QAnon, where supporters congregate, and why this conspiracy, in particular, has spread will be ones we grapple with long after Trump is gone. If we choose to ignore those questions in favor of only blaming Trump for this conflict, we will see more repulsive spectacles like we did last Tuesday.