School conducted a closing ceremony for the historic gym on Dec. 16 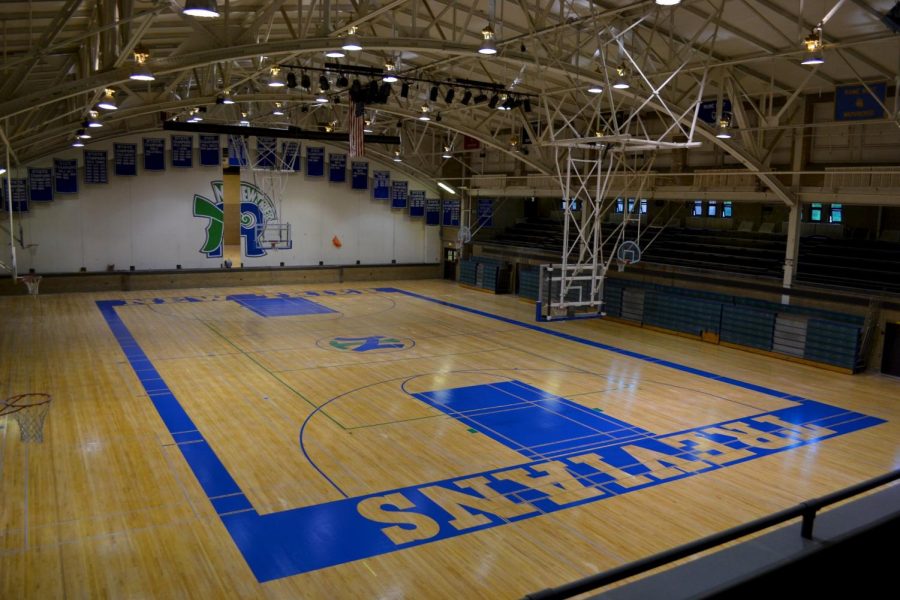 Old Gates Gym, built in 1928, will be torn down this month to make way for the new athletic wing

Athletic director Augie Fontanetta said the events from Thursday night were a great way to honor the history of New Trier athletics and Gates Gym.

“We had alumni coming from all over the United States and one person from out of the country come back to pay tribute to the gym,” said Fontanetta.

Fontanetta said that he was sad to see the old Gates Gym go, but is excited for the future athletic facilities at New Trier.

“I think it was bittersweet to know that it was the last time [in Gates Gym], but I am looking forward to the new gym and creating the same type of atmosphere in the new Gates Gym.”

Senior Karlo Colak of the boys varsity basketball team was honored to be a part of the last team to ever play in Gates Gym.

“It was definitely humbling,” Colak said. “Knowing it’s almost 100 years old, the whole team knew we had to come out and retire it with a win, which we did. Once we realized how many New Trier teams played in Gates Gym throughout the years, we understood how special [Thursday] night was and how much it meant to everyone.”

Senior Kaley Carpenter of the girls basketball team also believed that being a part of the closing ceremony was an unforgettable experience.

“A lot of the alumni shared their experiences with us at the end of the game, saying that we brought back a lot of memories for them. We are so proud to be able to represent their history of the team and gym and even adding our own twist to it,” said Carpenter.

Colak said that the fans and the atmosphere made the night even more special.

“The atmosphere during the game and ceremony was incredible,” said Colak. “Seeing so many alumni, parents, and students come out to watch us for the last game was awesome. It was a memorable night that we will never forget.”

“Just about anyone who had a connection to the gym or the school was there,” said Carpenter. “Before and after the two games, they all had the opportunity to reconnect with people who shared similar experiences in the historic gym, and they were very attentive and supportive during the games.”

Even with Gates Gym being razed after this month, Fontanetta said that the school will memorialize the old gym in the new Gates Gym.

“One of the things we’re going to do in the new gym is we’re installing a display case that will pay tribute to the old Gates Gym,” said Fontanetta. “We’re going to stick some artifacts and memorabilia [from the old gym in the new gym] such as the iconic clock on the east balcony and even some memorabilia from Thursday night’s games.”

Construction of the new athletic facility will begin later this month and is expected to be finished by fall of 2023.