Senior's dreams of becoming a pop star are forthcoming 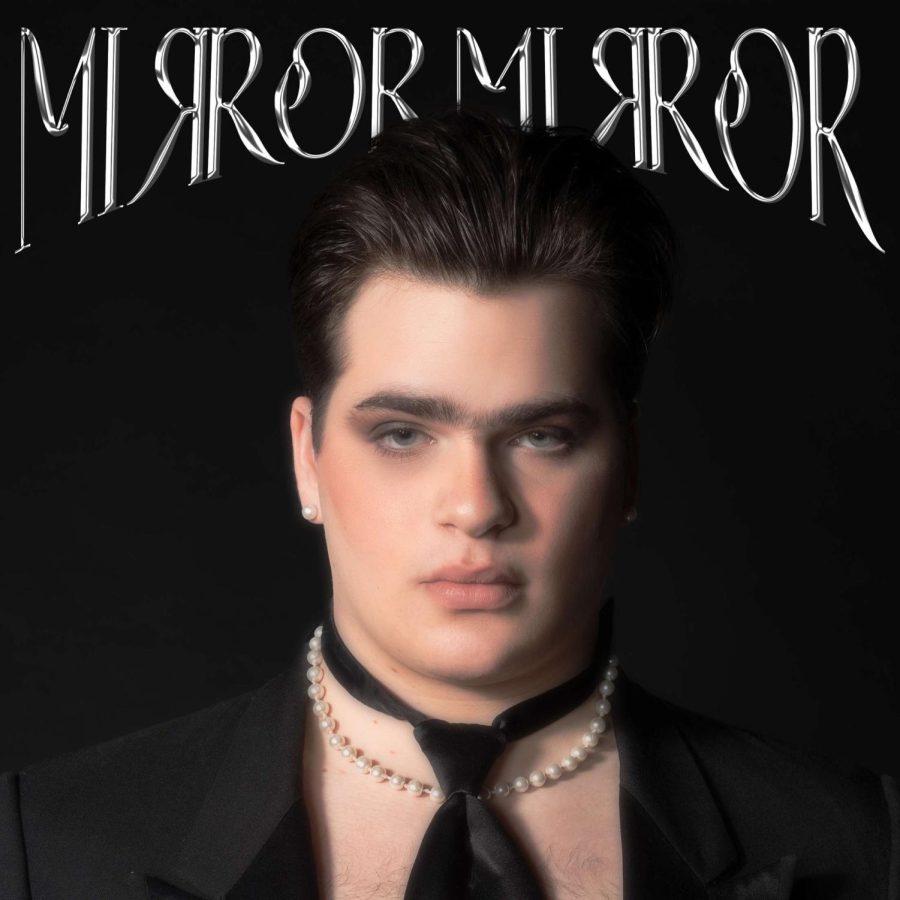 Cover for Moray's debut album, Mirror Mirror, released on May 20

Senior Josh Grossman who has spent four years working on his highly anticipated debut album including the lead single, “YOUR LOSS,” is ready to be released.

“My stage name is Moray which is my middle name. Growing up, I was so embarrassed of my middle name because it wasn’t like a ‘James’ or ‘Jeffree’ but when I was thinking about how I wanted to release my music, I thought, that is such a unique name,” he said.

Moray got his first computer in 7th grade and started getting experience with Garageband. He experimented with different sounds when he realized that he could produce songs.

“A lot of the songs are about my experience in the past 4 years of high school and also some years of 7th and 8th grade. In a short summary, it is about me building a relationship with myself.”

Moray said there are lots of times on the album where the word “you” is said in the perspective of him talking to himself.

“Recently, I had visions which was my debut single. I had worked on it for about 2 years and I was like ‘Okay, I am a junior in high school. This is what I want to do with my life so why not go for it and start now.’

“It is interesting because a lot of songwriters I know will write the lyrics first like a poem and then add the music later but because I produce my own music, I will always produce first.”

The process of creating music comes naturally for Moray. He starts playing with sounds that reflect a desired mood. Eventually, he will start humming a tune which morphs into lyrics.

“I grew up being a huge fan of the main pop divas like Beyonce, Ariana Grande, and Rihanna. I’ve always admired them so I thought, ‘If they can do it, I can do it. I don’t need to be signed to some huge record. I can do it myself in Wilmette, IL,’” he said.

The lead single for the album is called “YOUR LOSS” which will be released with a music video. According to Moray, it is an intense pop-rnb-hip hop influenced track that features both airy and powerful vocals, a rap section, and a hard hitting dance break at the end of the song.

“The song is meant to empower everyone who has ever questioned their self worth. In my opinion, it is the most fun song which is why I chose it as a lead single,” said Moray.

“It was such an amazing time working with all of them. Some of us are friends but rehearsing every week brought us together. I couldn’t have done this whole thing without them,” he said.

For the dance break of the music video, Moray worked with members from a GBS dance team called De La Cru. New Trier senior Ethan Hoffman worked on lighting and seniors Elizabeth Payne and Mia Von Varga were managers for the set. A senior at GBS, Hannah Stettler, was the videographer.

Moray said collaboration and creative control is important to him. He not only writes, records, and produces music but loves the process of creative direction and deciding on the different visuals and themes.

“What I would love to do one day is to record and release my own music, touring, and also having a record label and creatively directing other artists and groups,” said Moray

“At the end of the day, you can go out of your way to make other people happy but if you are not making yourself happy, what is the point? You are only living life from your own perspective. I think a lot of people forget to have compassion and kindness for themselves,” said Moray.